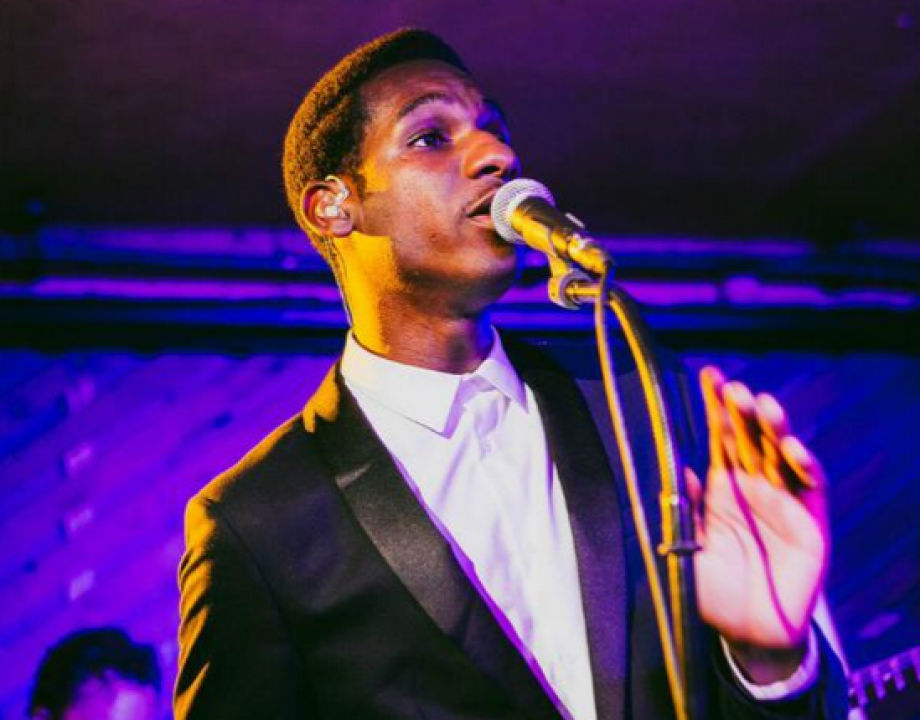 The club was full of Leon Bridges’s fans to watch an exclusive set of his up and coming album ‘Coming Home’ with tracks straight from the album that has had some serious radio play in the past few weeks.

Leon himself was looking sharp when he stepped on stage in front of his six piece band, wearing a white shirt and black dinner suit he wasted no time delighting his fans with new single ‘Better Man’ “This is a love song,” he quipped when announcing the album title track ‘Coming Home’. The live shows and album have been receiving favourable reviews with more than a few mentioning the nod to Sam Cooke evident in all aspects of his work.

Leon creates  an easy listening that can whisk you away into some far off land on a lazy sunday afternoon, mixed with lullabies and up-tempo grooves which echo the past yet, look to the future.

“I wrote a song about my mother it’s called Lisa Sawyer,” he says introducing one of the album stand out tracks.

Closing his  45-minute set  to a  thundering applause Leon Bridges truly delivered and set the mark for he can only get better and better.